It does not feel like it was a week ago when I was last reporting on our events down in Cornwall, but the time has flown and over the past ten days we have been on site we have achieved a great deal.

To adhere to the tight time scale for this job our installation team has been working none stop, even over the weekend to try and get as much done as possible. Over Saturday and Sunday all 5 team members powered through to install a vast quantity of drainage and ducting and prepared site for delivery of the two Klargester Balancing tanks on Tuesday.

These two vessels had two different structural designs, the first one was of a standard construct whereas the second unit we worked alongside Klargester/ Kingspan to develop a custom-made level entry in, level entry out tank. These were designed to provide the best possible settlement system and to increase the efficiency of the large Sewage treatment plant which is due to be delivered at the end of February.

Monday afternoon found our first load of concrete being delivered, a local company has been our main supplier for both aggregates and concrete, the first 6 metres of C25 OPC Dry (aiming for 0 slump) was delivered just after lunch and created the base for the first Primary Settlement tanks. 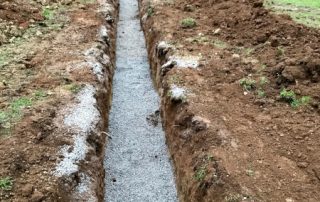 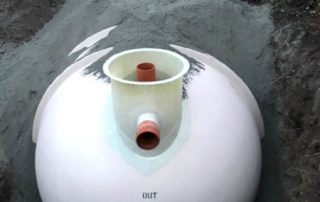 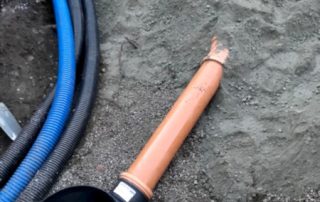 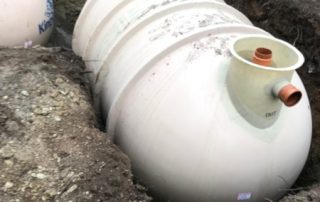 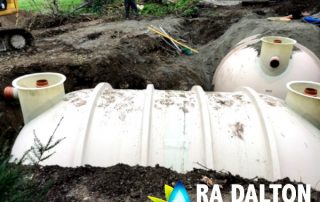 To allow time for the tanks to be delivered on Tuesday Morning we booked the next deliveries of concrete to be on site for approximately 11 AM, a further 18m of concrete was delivered to both start the base for the second tank and to surround the first tank to neck level.

Wednesday morning brought a bright and early start for or lads with the first load of concrete due to be on site approximately 8/8:30 AM, prior to this the engineers were required to have the excavation open and ready for the tank to be safely lifted in to.

Once the tank has been lowered into the excavation, concrete is then used to fill the voids around the tank. Over all we had a total delivery of 42 metres of concrete delivered to surround the two 22m3 Primary Settlement tanks meaning approximately 21m was required per unit installed.

The correct specification of concrete being supplied is vital for the fluency of any job, if this is delivered incorrectly it could have potentially catastrophic consequences. Not only could the wrong concrete delay us on site as we would need to turn it round but if someone was unfortunate enough to not recognise that the concrete was too wet or of a different strength this could damage the structural integrity of tank and cost thousands of pounds should a replacement be required.

I would be lying if I said I had a lot to report this week as our engineers seem to have ploughed on with their heads to the ground without and issues or complaints and after a 10 day stint they returned home yesterday afternoon, travelling yet another 7 hours up the country preparing for a well deserved long weekend of R&R.