Skip to content
How not to install a sewage treatment plant

How not to install a Sewage treatment plant.

“Fast is fine, but accuracy is everything” – Wyatt Earp

When someone is deciding on a contractor to use, it is often a minefield of who to choose. The last thing anyone wants is to end up with cowboys doing their work but at the same point you don’t want to be paying above and beyond what is necessary to fill your requirements.

In the latter part of 2020, amidst the trials and tribulations of COVID, a high end hotel in North Yorkshire contracted us to carry out some investigation works of issues they were experiencing on site. It was immediately apparent that urgent work was required to bring their system up to an operational standard, it was at this point we realised just how much damage had been done…

Having used a well known contractor they believed they were getting a full package deal but sadly this was not the case and they had been let down both constructional and administrative elements of the job. Not only was this at excess cost to the customer but also flagged a major health, safety and environmental concern and ultimately could cause loss of revenue or delays to re-opening just when the industry needed it most.

Issue 1 – The importance of using a suitable surround

Once full investigation works had been carried out, we become increasingly more concerned about how the 600 population system had been installed. As we carefully excavated around the vessel it became more apparent that the new sewage treatment plant had not been surrounded in anything, no concrete, no gravel just the ‘as dug’ material.

A number of problems can arise from not installing a system in a proper surround; ground pressure and movement could cause the tank wall to rupture or the system could pop out of the ground, this is not only poses a huge risk of pollution should sewage leaks take place but the void which could occur at any given moment

We were then required to cautiously excavate round the vessel to be able to appropriately reinstall and ballast the tank.

However, the tank wasn’t the only thing that had not been bedded on the correct material… All of the pipework had been backfilled with uncompacted subsoil and as the earth had begun to settle this caused the pipe to disrupt and raw sewage was seeping through and starting to pool on the surface. 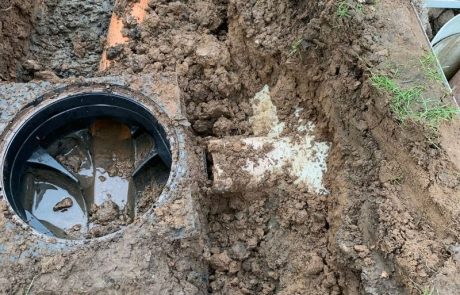 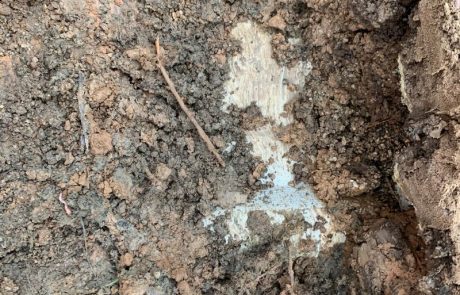 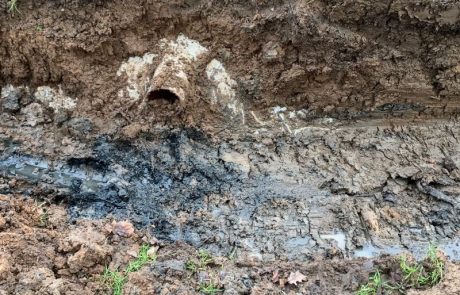 Issue 2 – The Basics of installing a Sewage treatment plant

One thing you quickly learn when carrying out drainage works is the basics of which pipework to use for each application. One of the biggest Faux Pas in our industry is using blue (potable drinking water) MDPE instead of black – the colour of pipework is an important indicator of what it contains.

However what was presented on this site was not only the issue of the wrong colour pipework but also the application was bizarre and highly inappropriate… Initially the correct air hose had been used but subsequently the contractor must have ran out of this and decided just to connect Blue MDPE instead of going to the expense of  getting the correct materials. Besides the obvious issues with doing this the Blue MDPE pipework was incapable of providing sufficient airflow to the system.

Also, the connection between the air hose and the blue pipework was not airtight meaning the right flow is not reaching the plant and ultimately the system would not be aerating efficiently and subsequently will not be achieving the desired effluent quality.

Here at R A Dalton we go above an beyond to make sure our customers get the full package deal, this is not only site based but also backed up with the paperwork and administrative elements. This contractor left site with not only a grossly inaccurate EA permit but also they had no details on servicing, emptying and management requirements of the system.

If these issues had not been identified they could have quickly come under scrutiny from regulatory boards and potentially at risk of receiving a rather extensive fine should the effluent quality and daily flow not be within the outlined parameters.

After a few weeks of hard graft and fixing the mistakes of others, the system was back to a level where it could reset its treatment process. Unfortunately, once things have gone this far wrong there is no such thing as a quick fix but at least with regular maintenance, emptying and daily management the site is now compliant and prepared to handle any issues should they arise in future. 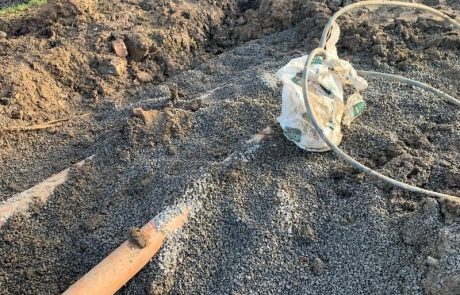 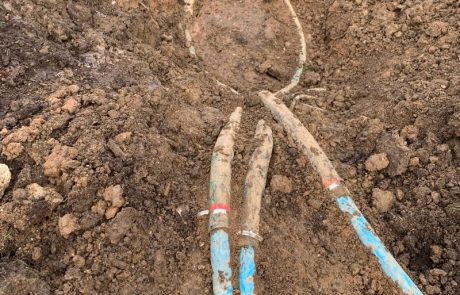 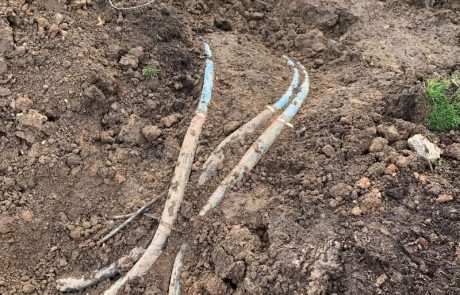