Skip to content
A deep dig for an old Septic tank.

A deep dig for an old septic tank.

Every time one of our contracts managers attend a site for the first time there are a number of areas they are required to assess. One of the main things to consider is the lay of the land, this will determine what system is required, what the discharge point is and whether there are any environment consideration to note when designing the new installation.

In February 2017 our contracts manager Alan Law attended a property as they were requiring a quotation for a new treatment plant to be installed. Upon arrival on site the first topological issue became clear; the access road to the property was 3m higher than the property foundations and the foul drainage line ran under the house extension before meeting a brick built inspection chamber (installed approximately 2.2 metres deep).

From the inspection chamber the sewage then ran to the existing septic tank, by this point the invert level of the septic tank was in the region of 3 metres deep. The chamber following this was then installed to continue the gravity flow and was over 3m deep, within this chamber there was then a single submersible pump which lifted the effluent to a shallow level drainage field. 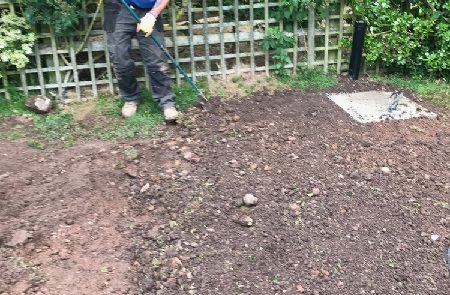 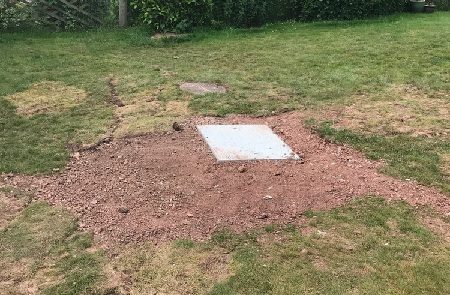 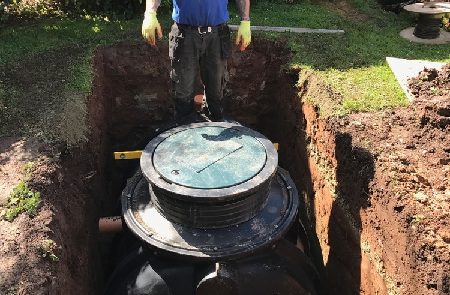 ‘Cracking’ the case of the leaking tank.

A lot of ground water was present on site and had remained in a saturated site for quite a while, whilst on site the old septic tank had been emptied so it was possible to inspect the condition of the tank itself, unfortunately as soon as the levels had dropped a fracture in the tank wall became evident. 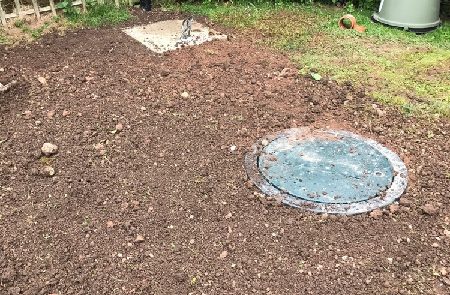 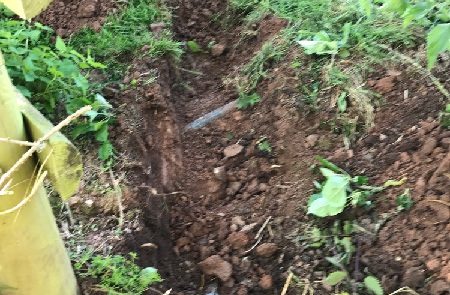 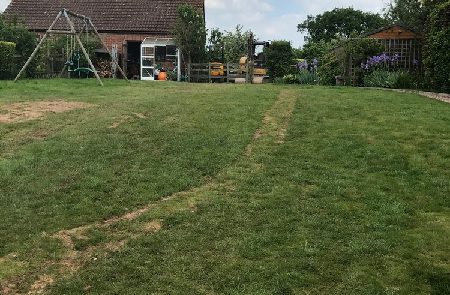 The solution was rather simple, our proposal to remedy the issue was to install a pump station near to the property designed to deal with the foul flow, we would then break into the existing line, reducing the depth of the excavation and install a new Kingspan Klargester Bioficient 1 package sewage treatment plant at a shallow invert toward the top of the garden.

The treated effluent would then gravity flow along the garden and eventually discharge to the open ditch on the other side of the access road. Although no Environment Agency permit was required for this direct discharge to the watercourse there is still a requirement for the treatment plant to undergo regular servicing and emptying as per the manufacturer’s recommendations.

The Kingspan Klargester Bioficient 1 is able to discharge directly to the watercourse as the system had been rigorously tested and has received its certification to BS EN 12566-3 standards, providing this system is maintained efficiently and all prohibited items are not flushed down the line the treated effluent will reduce the risks of any environment consequences.