Here at R A Dalton we are not only one of the leading installers and maintenance providers for Premier Tech Aqua sewage treatment plants but we also come to their rescue when in a state of distress *insert emergency sirens here*.

In the latter parts of 2019 we received an urgent call out for one customer in Bedford who had sewage overflowing and was understandably concerned for the health and safety implications. When we arrived on site the Premier Tech Aqua ASP was completed flooded, even the blower, pump and electrics had been submerged.

Understanding that it was imperative that this system was back up and running as soon as possible our engineer replaced some of the most vital elements of the system, replacing the junction box and new pump to get the system operational. However this was nothing more than a temporary fix and the ASP was working on only 1 pump. 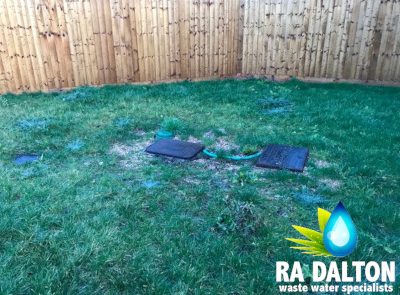 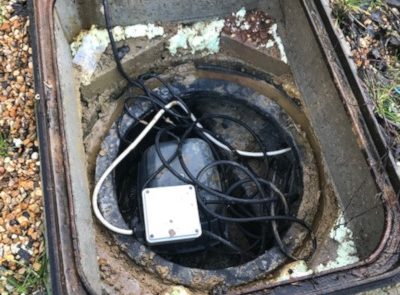 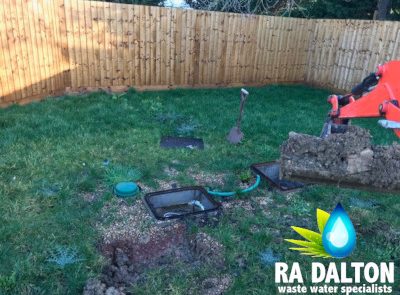 Due to the scale of remedial works required a formal quote was required to be drawn up.

There were a few issues that were causing logistical concerns with the installation and we recommended that a number of modifications were carried out. I think the pictures speak for themselves on the changes that took place.

Amongst these alterations was the installation of a new Blower housing, concrete pad, new Hiblow HP-150 Blower unit, control panel and beacon and that was just to get the system up to scratch! We also recommended that some works were done to the layout to site to minimalize the risk of flooding again.

The heights of both the system and the pump station were modified and upon completion on site were left operational and working to the expected standard. 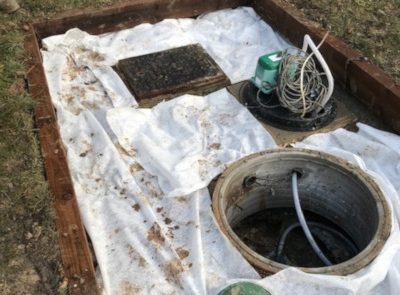 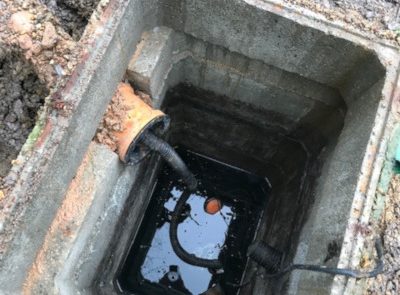 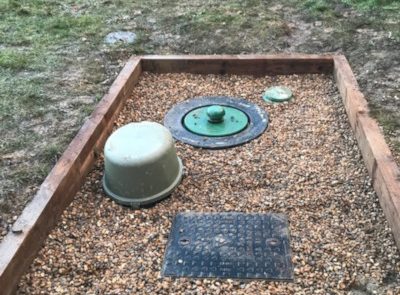