Skip to content
The curious case of the collapsed Baffle.

The Curious Case of the collapsed baffle.

Septic tanks have a varying life expectancy and a number of different scenarios can cause the structural integrity of the tank to be compromised. It is always important to routinely check and desludge your septic tanks as failure to do so can cause integral elements of the tank to become non-operational.

Earlier this year a routine desludging of an old Klargester 6,000 litre septic tank identified a developing issue within the tank where the internal baffles had begun to collapse, subsequently our contracts manager Alan Law was called to site to do some initial investigations as to whether the tank was fixable or did indeed need replacing.

As it had been a few weeks since the emptying had taken place the structural deficiencies within the tank were no longer visible as the tank had returned to a full working level and the baffle had reverted to the correct position. However at the next routine desludge the baffles would have permanently displaced and the tank would eventually develop into an environmental hazard.

The internal baffles within a Septic tank allow for the solids to be separated from the liquids and retained within the vessel ensuring that only the fluids enter the soakaway. This is to safeguard against the soakaway becoming blocked up and backing up through the pipework.

It was decided after further investigations that the best option would be to directly replace the failing tank with a new Klargester 3,800 litre Alpha septic tank.

The Klargester Alpha Septic Tank comes in three different sizes – 2,800 litre, 3,800 litre and 4,600 litre and are designed to serve domestic dwellings for day to day use. On this particular site Alan recommended the 3,800 litre Septic tank which serves up to a 10 Population property. This was smaller than the previous plant as it had been considerably oversized for the needs of the property.

The Klargester Alpha Tank is performance tested to EN-12566 (Part 1) requirements and is made from GRP (Glassfibre Reinforced Plastic) meaning the plant is sturdy, lightweight, chemically resistant and watertight. The Alpha tank works to such a degree of efficiency that it has been approved for an exemption for a permit to discharge under new EPP2 Environmental legislation.

At the property in question our engineers were required to prepare the site prior to commencing work which includes laying down boards for the machinery to track over the grass to the excavation area. Unfortunately it is not always possible to leave the site exactly as it was to begin with due to the nature of the works but we always endeavour to leave site tidy and to reinstate where possible.

Prior to the installation some CCTV works were carried out on the pipework and it was confirmed that the soakaway was still in good working order. It was then decided that the best option was to decommission and remove the old septic tank and install the new in situ.

After the old tank had been desludged our installation team used a 3 ton excavator paired with a pecker to remove the vessel, the excess spoil from the excavation was then disposed of in skips. The tank was then installed in a C25 OPC Dry Concrete surround and the old pipework connected.

If you think there may be an issue with your septic tank or sewage treatment system please don’t hesitate to give us a call on 01388 418230 – we have a wealth of experience in handling a multitude of different situations and are here to help. 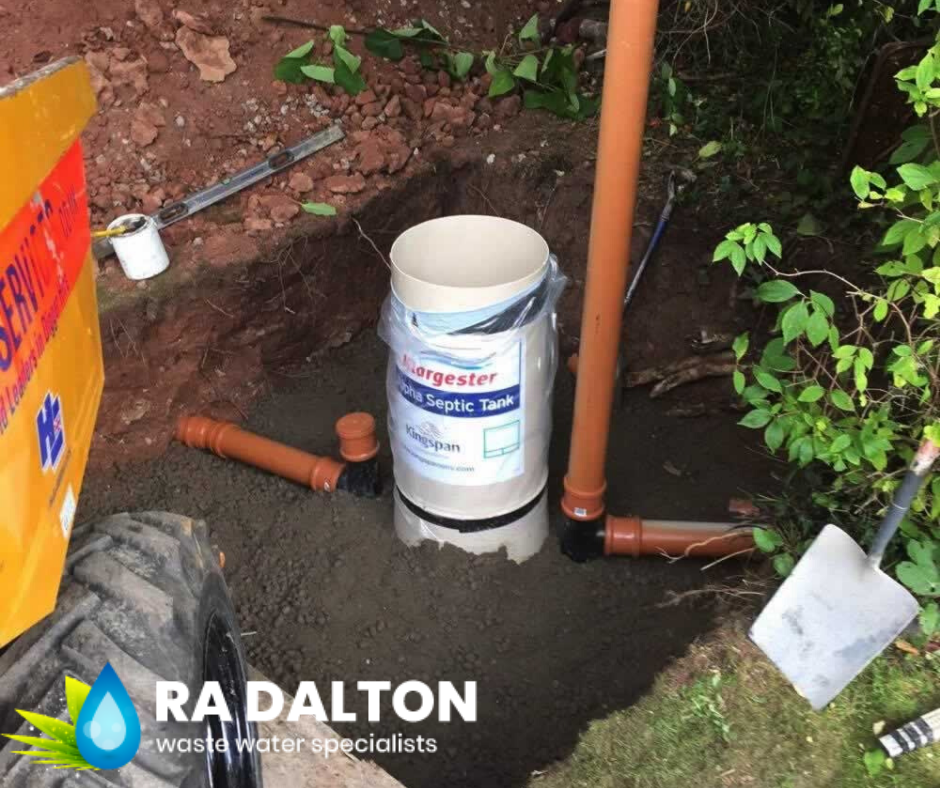 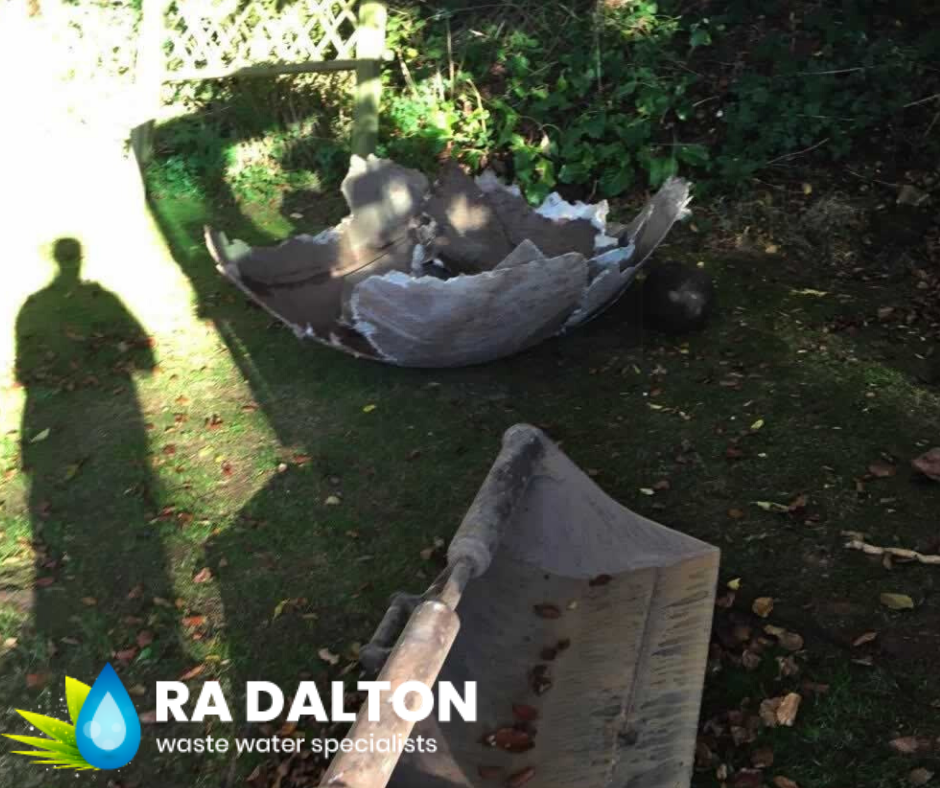 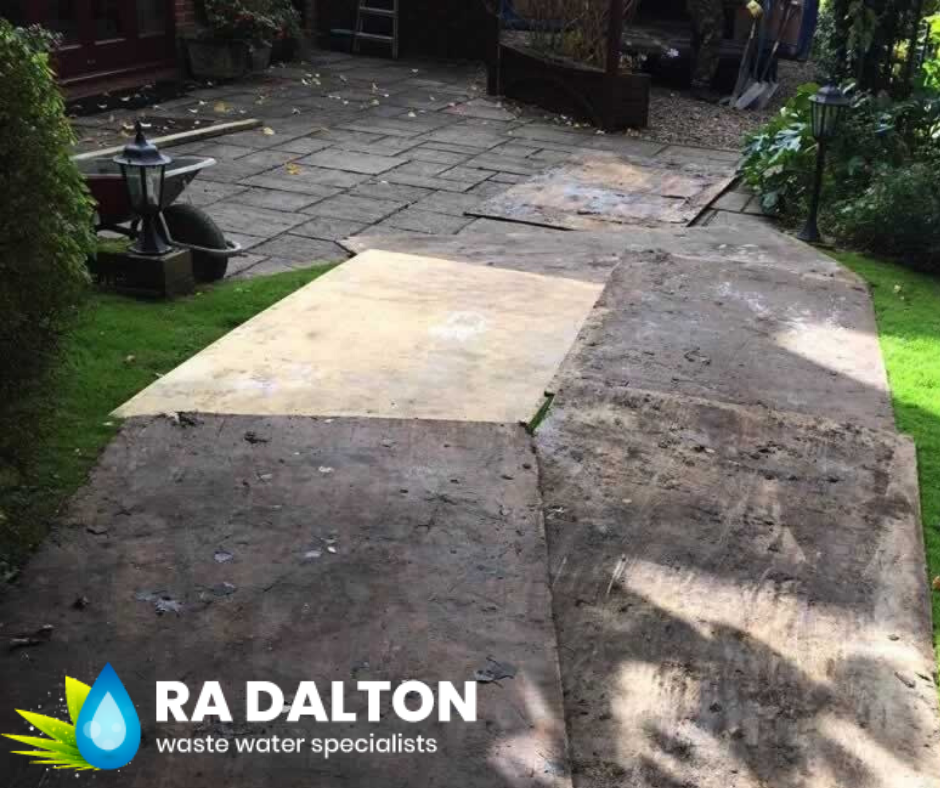